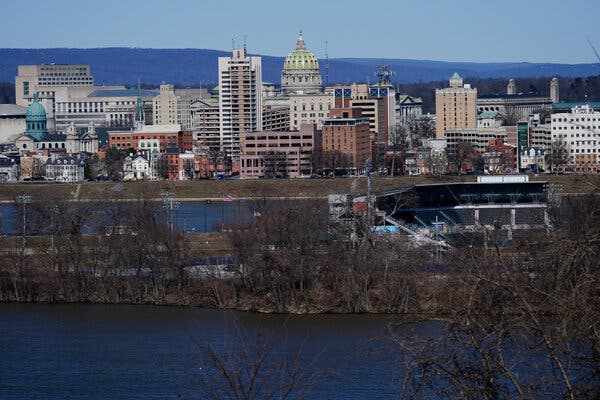 The Pennsylvania teachers’ retirement fund put more than half its assets into risky alternative investments. The math didn’t work out, spurring an investigation.

The search for high returns takes many pension funds far and wide, but the Pennsylvania teachers’ fund went farther than most. It invested in trailer park chains, pistachio farms, pay phone systems for prison inmates — and, in a particularly bizarre twist, loans to Kurds trying to carve out their own homeland in northern Iraq.

Now the F.B.I. is on the case, investigating investment practices at the Pennsylvania Public School Employees’ Retirement System, and new questions are emerging about how the fund’s staff and consultants calculated returns.

The decisions that brought the fund to this point — the investigation is still in its early stages — are by now commonplace in the world of public pensions. Lawmakers years ago overpromised what the Pennsylvania fund would provide its members, even as the performance of its plain-vanilla stock and bond investments fell far short of what was necessary to deliver on those commitments.

That pushed the $62 billion fund into the highly risky world of alternative investments, which can sometimes pay big bucks but also cost exorbitant fees and tie up money in ventures that retail investors wouldn’t touch. Despite putting an eye-popping 51 percent of assets into alternatives, the fund couldn’t deliver the high returns it sought.

To make matters worse, someone did the math incorrectly, calculating the fund’s returns in a way that invited suspicion. The upshot: Teachers and taxpayers will probably have to pay more to keep the pension plan afloat.

When people have challenged the Pennsylvania fund’s strategy, officials said it was paying off — until March, when the fund suddenly disclosed that it had overstated last year’s investment returns. It also said officials had misstated its investment returns at a board of trustees meeting in December.

Alongside the F.B.I. investigation, a federal grand jury has been demanding documents. In recent months, the F.B.I. had been making inquiries about the pension fund’s unexplained purchases of land in downtown Harrisburg, the state capital, according to a person with knowledge of the interviews. The purchases were made several years ago, but the land remains unused, and the pension fund has not disclosed plans for developing it.

The F.B.I., whose investigation was reported earlier by The Philadelphia Inquirer, declined to comment.

A spokeswoman for the fund, Evelyn Williams, said that it was cooperating with the federal investigation and that the board had also opened its own inquiry. Beyond that, she said, the fund would not comment, because “protecting the integrity of these investigations is necessary.”

The fund’s 15 trustees have hired several law firms to deal with different lines of inquiry, plus an investment firm to assume the duties of the fund’s chief investment officer, James H. Grossman Jr.

The error in calculating returns was a tiny one, just four one-hundredths of a percentage point. But it was enough — just barely — to push the fund’s performance over a critical threshold of 6.36 percent that, by law, determines whether certain teachers have to pay more into the fund. The close call raised questions about whether someone had manipulated the numbers and the error wasn’t really an error at all.

Since the corrected number didn’t clear the benchmark, nearly 100,000 teachers hired after July 1, 2011, will have to contribute more for three years starting on July 1.

The pension fund, Pennsylvania’s biggest, has roughly 256,000 active members and 265,000 retirees. Pennsylvanians have been complaining about teachers’ pension costs since 2001, when state lawmakers sweetened all state workers’ pensions — including their own — on the thinking that the bull market of the 1990s would continue indefinitely. That mistake was laid bare a few months later when Wall Street and the economy dived after the terror attacks of Sept. 11. But lawmakers said the pension boosts couldn’t be reversed.

The pensions of state workers are often funded through the mysterious maze of the state budget, so their rising cost is hard to see. But teachers’ pensions in Pennsylvania are funded through local property taxes, so when the fund needed more money, homeowners felt the bite.

Taxpayer contributions to the teachers’ pension fund nearly quintupled from 2001 to 2008, causing an outcry. Then came the financial crisis of 2008, and seven years’ worth of taxpayer pain came to naught. The fund emerged from the Great Recession with even less money than it had in 2001, the year of the big miscalculation.

The 2008 crash marked the beginning of the shift into alternative investments. The trustees had to make up for $20 billion of losses, but it was hard to find investments that could do that because interest rates remained low for years. Alternatives seemed like the fund’s best hope.

It’s a dicey proposition, even before the money goes to work: Investments are handled by private partnerships, pension officials have limited say over the projects, and they can’t easily rescind their commitment if they see something they don’t like.

Despite concerns that the working poor were being priced out of trailer parks, for example, the fund’s investment staff recommended plowing more money into a big trailer-park venture led by the private equity firm Stockbridge Capital, praising “its demonstrated track record of increasing home rental rates.”

Another placement, with Platinum Equity, put the teachers’ retirement money into a provider of calling systems for inmates. Platinum Equity was assailed as “a prison profiteer” by Nicole Hunt, head of the Philadelphia local of UNITE HERE, which represents school cafeteria workers who are members of the teachers’ fund.

Joseph M. Torsella, a past trustee who was recently reappointed to the pension board by Gov. Tom Wolf, a Democrat, said he thought putting public money into private investments could be “dangerous,” in part because the extent of the fees is poorly understood, and because the investments don’t trade on public markets and therefore have no listed market values.

“Private valuations are very susceptible to manipulation,” he said in an interview between his two stints on the board.

“But you’re deluding yourself if you think the volatility is not there,” he said. “It’s there. It’s just that it’s not showing up.”

The Pennsylvania teachers’ 2016 investment in Kurdistan is a good example. Kurdistan is an autonomous region in northern Iraq, which was seeking recognition as an independent state after the United States invaded Iraq and toppled Saddam Hussein’s government in 2003.

The Kurdish Regional Government sought to finance its activities by selling crude from some rich oil fields it controlled. But Baghdad threatened to go after anyone it caught buying oil from Kurdistan, saying the Kurds were trafficking in the stolen property of the Iraqi state.

The mysterious Oilflow SPV 1 DAC was a vehicle set up in Ireland by the commodities giant Glencore, which wanted to make oil-backed loans to Kurdistan, but not with its own money. In 2016, Oilflow SPV 1 DAC issued $500 million of notes, listed on the Cayman Islands Stock Exchange, offering to pay 12 percent interest.

In 2017, when the Kurdish Regional Government was flush with the borrowed cash, it felt bullish enough to hold a referendum on independence; 93 percent of the ballots were in favor. But the move provoked Iraq to send its army to recapture the oil fields that backstopped the debt. An announcement filed with the Cayman Islands Stock Exchange said Kurdish oil exports had plunged. Glencore and Franklin Templeton declined to comment.

Holding a 12 percent note helps to justify the investment return assumption by the Pennsylvania teachers’ pension fund, currently 7.25 percent. But there is no way of knowing whether the fund will really get that. The note, just one of the fund’s many “distressed and special situations” holdings, matures in 2022, and the outlook is murky, just as it is for the pension fund over all and the teachers who depend on it.

“If you can’t change the benefits, and you can’t change the contributions, the only lever left for these people to pull is investment policy — that’s it,” said Kurt Winkelmann, a senior fellow for pension policy design at the University of Minnesota’s Heller-Hurwicz Economics Institute. “And that exposes younger beneficiaries and taxpayers to a lot of risk.”