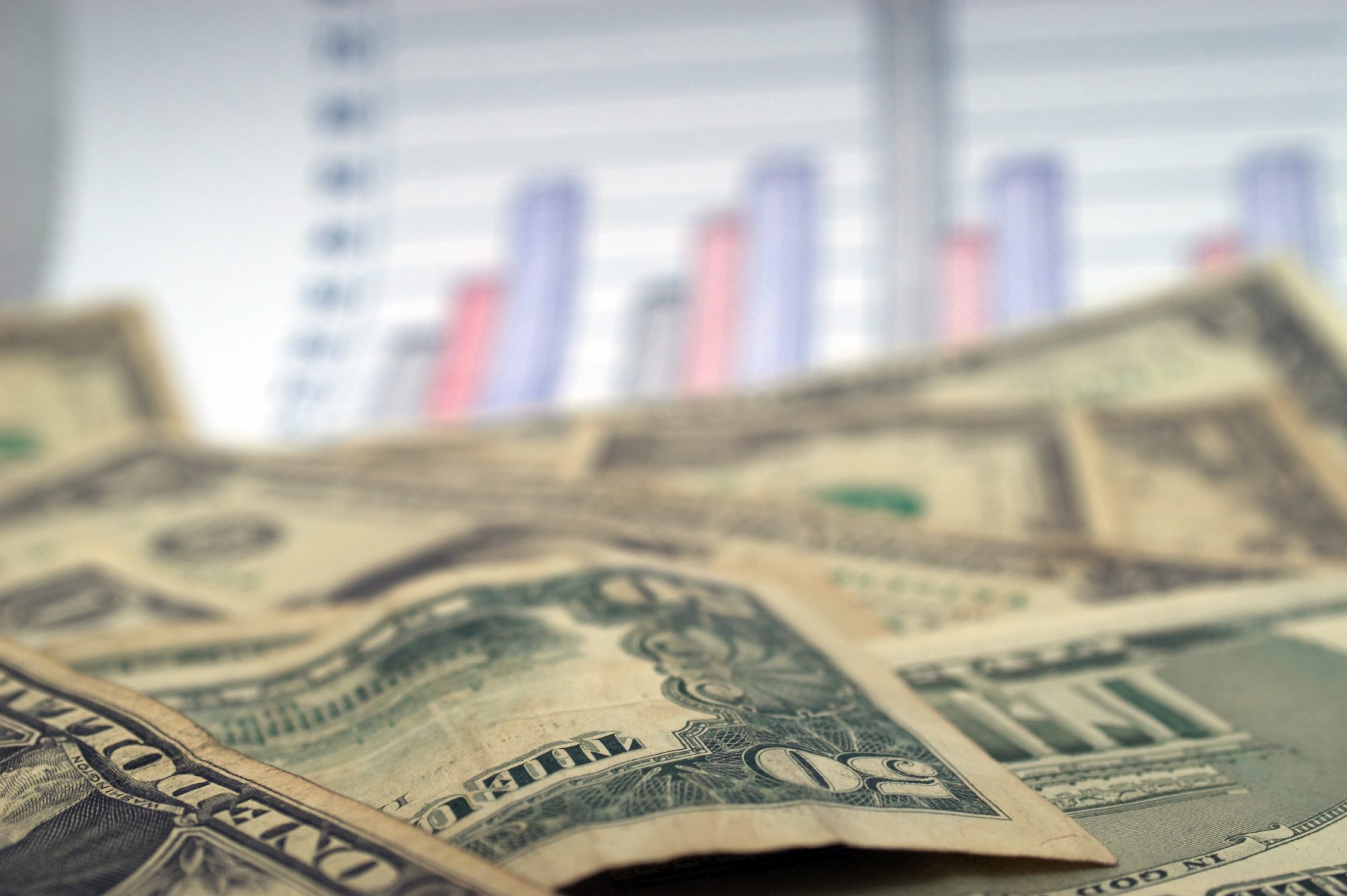 With the Biden administration proposing a variety of new taxes, it is worth revisiting the literature on how taxes impact economic growth. In 2012, we published a review of the evidence, noting that most studies find negative impacts. However, many papers have been written since, some using more sophisticated empirical methods to identify a causal impact of taxes on economic growth. Below we review this new evidence, again confirming our original findings: Taxes, particularly on corporate and individual income, harm economic growth.

The economic impacts of tax changes on economic growth, measured as a change in real GDP or the components of GDP such as consumption and investment, are difficult to measure. Some tax changes occur as a response to economic growth, and looking at a tax cut at a certain point in time could lead to the mistaken conclusion that tax cuts are bad for growth, since tax cuts are often enacted during economic downturns. For this reason, most of the literature in recent years, and reviewed below, has followed the methodology developed in Romer and Romer (2010): Looking at unanticipated changes in tax policy, which economists refer to as “exogenous shocks.”

There are other methodological challenges as well. Failure to control for other factors that impact economic growth, such as government spending and monetary policy, could understate or overstate the impact of taxes on growth. Some tax changes in particular may have stronger long-run impacts relative to the short run, such as corporate tax changes, and a study with only a limited time series would miss this effect. Finally, tax reforms involve many moving parts: Certain taxes may go up, while others may drop. This can make it difficult to characterize certain reforms as net tax increases or decreases, leading to mistaken interpretations of how taxes impact growth.

We investigate papers in top economics journals and National Bureau of Economic Research (NBER) working papers over the past few years, considering both U.S. and international evidence. This research covers a wide variety of taxes, including income, consumption, and corporate taxation. All seven papers reviewed here find that tax cuts have positive effects on growth, although some papers note that the strength of this effect depends on which taxes are cut, for whom, and when.

Mertens and Olea (2018) used time series data from 1946 to 2012 to estimate the impacts of marginal tax rates on individual income. They found that marginal rate cuts led to both increases in real GDP and declines in unemployment. A 1 percentage-point decrease in the tax rate increases real GDP by 0.78 percent by the third year after the tax change. Importantly, they find that changes in income following a tax change are responsive to the marginal rate change regardless of the change in the average tax rate. This illustrates that the positive GDP changes the authors find are the response to changes in the incentives, rather than due to an increase aggregate demand through the consumption channel. Cuts in tax rates for the top 1 percent also have positive impacts on other income groups, consistent with a supply-side narrative of how reductions in top marginal rates can increase incomes for other groups over time. However, tax cuts for the top 1 percent do increase inequality.

Zidar (2019) examines the impact of federal tax burdens on economic growth and labor supply across different income groups and states from 1950-2011. He finds positive impacts of tax cuts on economic growth following two years after the change in policy but finds that tax cuts for low- and moderate-income taxpayers affect growth more than tax cuts for high-income taxpayers. The paper finds that a 1 percent of state GDP tax decrease for the bottom 90 percent of earners increases state GDP by 6.6 percent. Looking at labor supply effects in particular, he finds that a 1 percent of state GDP tax decrease increases labor force participation for the bottom 90 percent of earners by 3.5 percentage points and hours worked by 2 percent. He does not find any significant impact on labor force participation rates, hours worked, or GDP growth for the top 10 percent of earners from a similarly sized tax change, somewhat in contrast to the results found in Mertens and Olea (2018) for top earners.

This result may lead some to assume that Zidar is identifying “Keynesian” effects of tax changes, or aggregate demand effects. However, the paper finds strong effects of tax cuts on real wages as well. As Zidar notes, “the increase in real wages suggests that supply-side responses are important and may exceed demand-side responses to tax changes for the bottom 90%.” Additionally, some may go further and argue that this paper shows that tax cuts for top earners have no impact on growth. However, this paper only looks at short-run impacts of tax changes on GDP and does not consider the broader implication of tax policy on long-run growth, human capital, or innovation. Nonetheless, the paper provides compelling evidence of tax cuts impacting growth through the supply side, consistent with neoclassical economic theory.

Ljungvist and Smolyansky (2018) look at 250 state corporate tax changes from 1970-2010 to assess their impact on employment and income. By comparing nearby counties across states, this allows the authors to isolate the impacts of corporate tax changes relative to other policies that might affect economic growth. They find that a 1 percentage-point cut in statutory corporate tax rates leads to a 0.2 percent increase in employment and a 0.3 percent increase in wages. They find that tax increases are almost uniformly harmful, while tax cuts seem to have their strongest positive impact during recessionary environments. As with some of the other studies discussed here, the paper mainly examines short-runs effects, and it is possible that these positive effects could grow over a longer time horizon.

Gunter et al. (2019) use a data set of 51 countries from 1970-2014 to examine the impacts of value-added taxes (VAT) on economic growth. They find that the effect of taxes on growth are highly non-linear: At low rates with small changes, the effects are essentially zero, but the economic damage grows with a higher initial tax rate and larger rate changes. For this reason, increases in the VAT in countries with high VAT rates, such as much of industrialized Europe, will have more significant impacts on GDP than increases in countries with low VAT rates. These non-linearities imply strong Laffer curve effects: At certain tax rates, further increases beyond that point will actually reduce federal tax revenues. For European industrialized countries, the authors estimate a tax multiplier of -3.6 for two years after a tax change, suggesting that tax cuts strongly stimulate economic activity in these countries.

Nguyen et al. (2021) examine the effects of individual income, corporate, and consumption taxes in the United Kingdom from 1973-2009. They find that income tax cuts, defined in their paper as an aggregate of individual and corporate income, have large effects on GDP, private consumption, and investment. A percentage-point cut in the average income tax rate raises GDP by 0.78 percent. The effects of consumption tax cuts are comparatively smaller and did not produce statistically significant effects, but the paper finds that switching from an income to a consumption tax base has positive effects on growth. Consumption taxes are generally viewed as less distortionary than other forms of taxation, as they do not significantly impact incentives to work and invest that are essential for ensuring long-run economic growth.

Cloyne et al. (2018) study the interwar period of the UK, 1918-1939, a period of high debt and low interest rates, to understand the impact of taxes on economic growth. The British tax system at this time consisted largely of excise taxes on alcohol, tobacco, and motor vehicles, and to a lesser degree taxes on income and corporate profits. As this time period predates the development of Keynesian macroeconomic theory, tax changes were generally not designed to be countercyclical, but rather focused on balancing the budget, inequality, or enhancing productivity. The authors find that a 1 percentage-point reduction in taxes as a share of GDP increased GDP between 0.5 to 1 percent, rising to 2 percent after one year. While the British economy of a century ago vastly differs from modern economies, this paper does provide compelling evidence of how taxes impact growth in high debt and low interest rate environments.