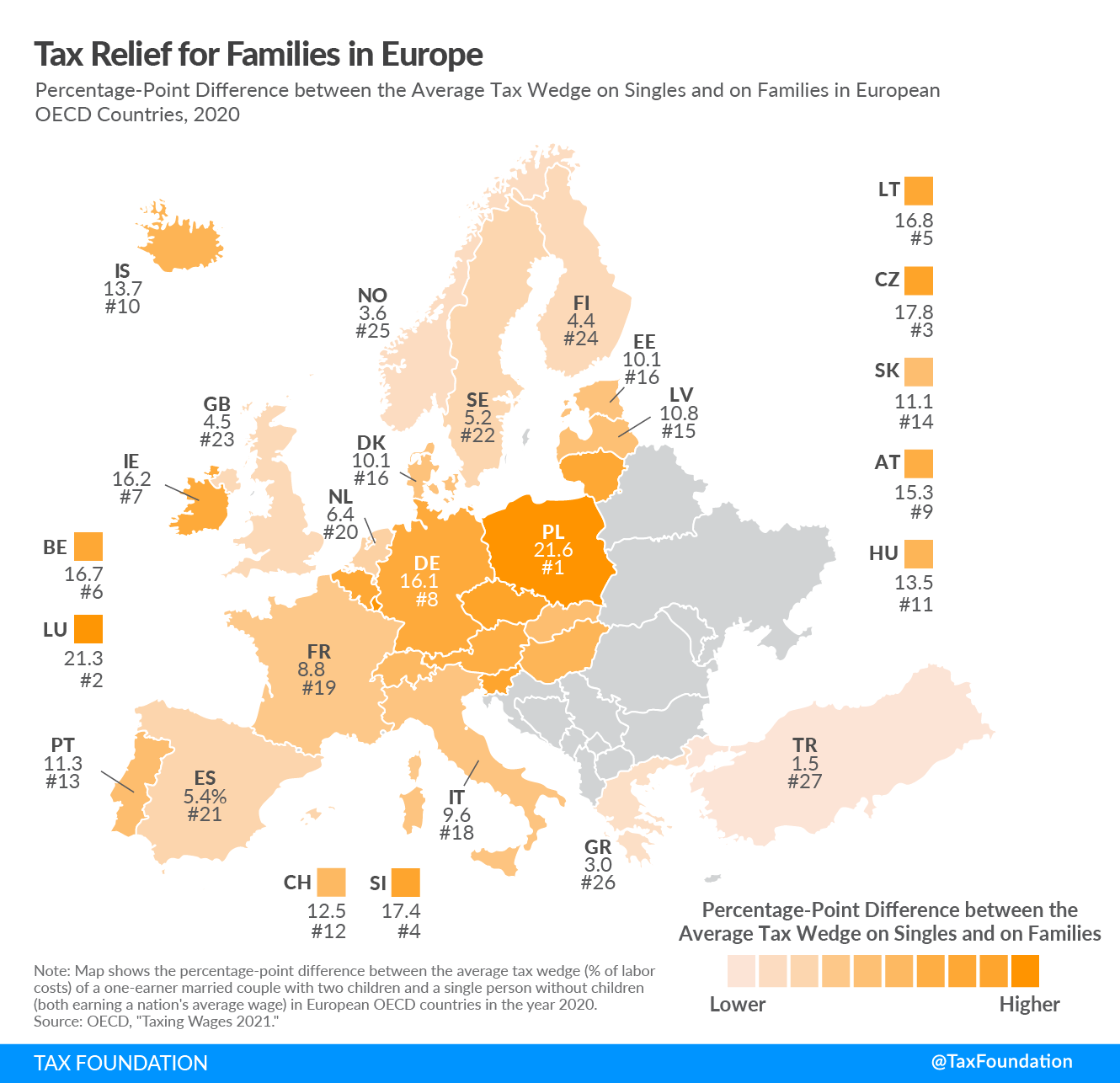 The tax burden on labor—or “tax wedge”—is defined as the difference between an employer’s total labor cost of an employee and the employee’s net disposable income. In other words, it is the sum of income taxes and payroll taxes of a worker earning the average wage in a country, divided by the total labor cost of this worker.

In the European countries covered, a family with one earner and two children faced on average a tax burden of 28.3 percent in 2020. The average tax burden of a single worker without children was 39.6 percent, 11.3 percentage points higher than a family.

Turkey had the smallest gap with tax burdens of 38.2 percent on families and 39.7 percent on singles, a difference of only 1.5 percentage points.