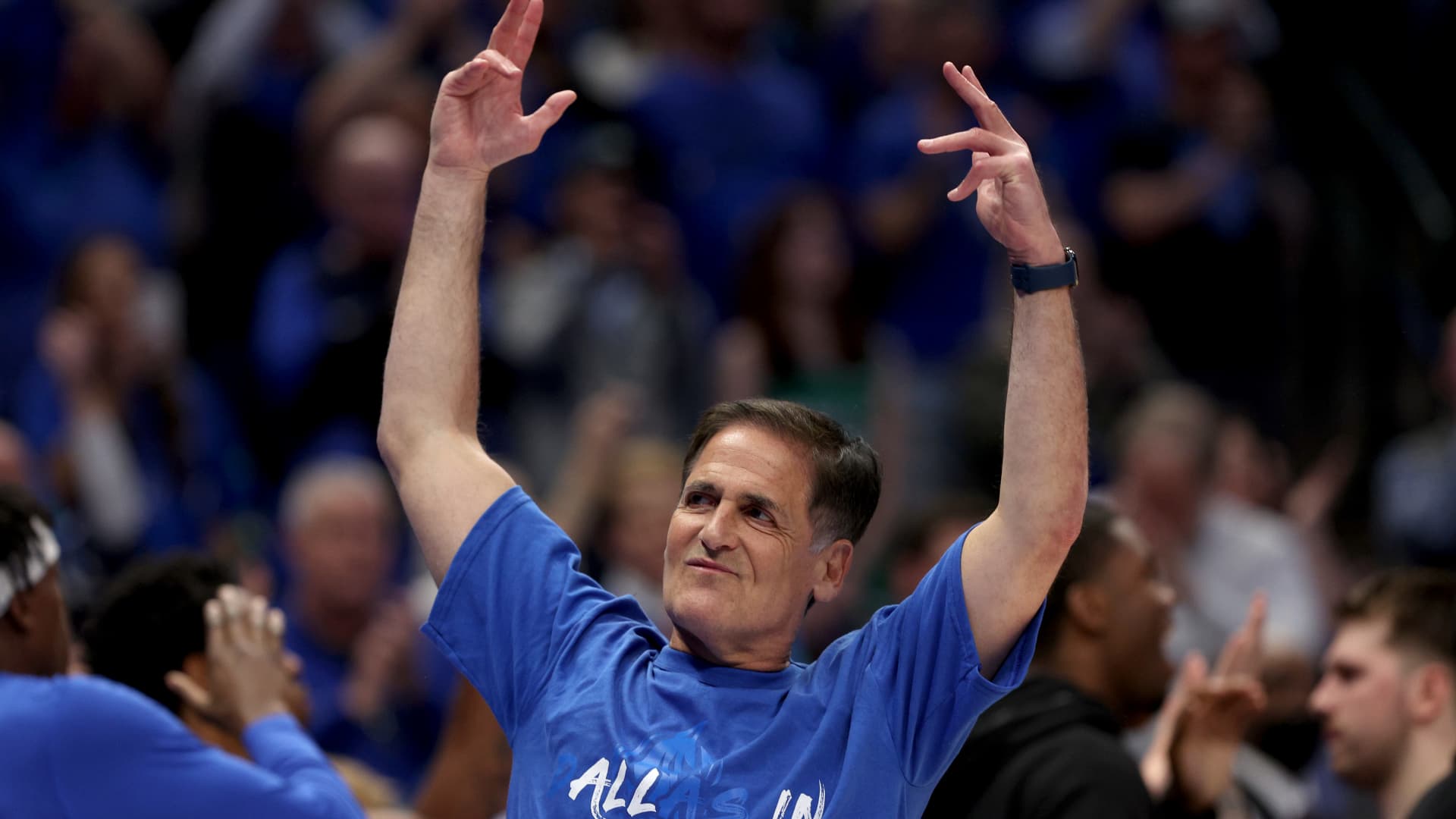 Everyone learns crucial lessons in the early stages of their career: when to leave a job, how to negotiate a raise, how to write a cohesive email.

But Mark Cuban said his first jobs taught him the most important lesson of his career: the art of sales. In a TikTok posted in March, the billionaire told the School of Hard Knocks that if he were to go back in time and tell himself one thing, it would be to stay on the path he was on and “be a salesperson.”

“I would go back and do the exact same thing I did,” Cuban said in the video. “Once you learn how to sell, you can always start a business [because] you’re an entrepreneur at heart.”

Cuban has been outspoken about his rise from humble beginnings to fame and fortune. In a 2018 episode of ABC’s “Shark Tank,” the Dallas Mavericks owner said he grew up in a working-class family outside of Pittsburgh, and his mother encouraged him to learn how to lay carpet or work at a mill for job security.

Instead, Cuban resold baseball cards, stamps and coins. The experience helped him grasp the first rule of sales, which is “selling isn’t about convincing, it’s about helping,” he said on the TikTok.

“When you understand what people need and want, you put yourself in a position to help them,” he said. “Then you make good things happen, close deals and that’s how you create companies.”

The concept helped Cuban early on in his career: Less than 10 years after graduating from college, he started and sold his systems integration computer company, MicroSolutions, for $6 million.

This isn’t the first time Cuban has preached his belief in the effectiveness of his sales philosophy. In 2018, he said in an interview that sales are less about “who can talk the fastest,” and more about helping customers access products or services they need.

“If you can’t create a benefit for them, if you can’t show them why your product is going to be better for them and their life than the other options out there or what they were doing before, you are not going to have a company,” he said.

For entrepreneurs aspiring to build a fortune rivaling Cuban’s — who is worth an estimated $5.9 billion, according to Bloomberg — a job in sales isn’t a bad place to start, studies suggest. In fact, 15% of CEOs from the top 100 Fortune 500 companies got their start in sales, a 2017 survey by leadership consulting firm Heidrick & Struggles found.

In his book “The Wealth Elite: A groundbreaking study of the psychology of the super rich,” historian and sociologist Rainer Zitelmann surveyed 45 people, whose net worth ranged from $11 million to $3 billion. Over 65% of them said sales experience played a “significant” role in their financial success.

Cuban has also argued that a sales background is equivalent to career insurance. In 2016, he said on NPR’s “How I Build This” podcast that he wasn’t afraid of losing his money for that exact reason. He knows his skillset could help him build wealth from the ground up all over again.

“I would get a job as a bartender at night and a sales job during the day and I would start working,” Cuban said. “To be a billionaire, you have got to get lucky… [but] could I become a multimillionaire again? I have no doubt.”

Sign up now: Get smarter about your money and career with our weekly newsletter

Gen Z prefers TikTok and YouTube to financial advisors—but the advice they’re getting ‘may be totally inappropriate,’ says financial psychologist

Mark Cuban’s $20 million ‘Shark Tank’ investing strategy: ‘Sometimes my deals are purely to help someone or send a message’

Palantir CEO Alex Karp says this deadly tidal wave of macroeconomic risks will wipe out some companies
You can visit Bhutan again — if you’re willing to cough up $200 a day in fees
Stocks making the biggest moves midday: FedEx, Boeing, Ally, Domino’s and more
Here’s what the Federal Reserve’s third 75 basis point interest rate hike means for you
Is Azure Power (AZRE) A ‘Buy’ Heading into Earnings Announcement?