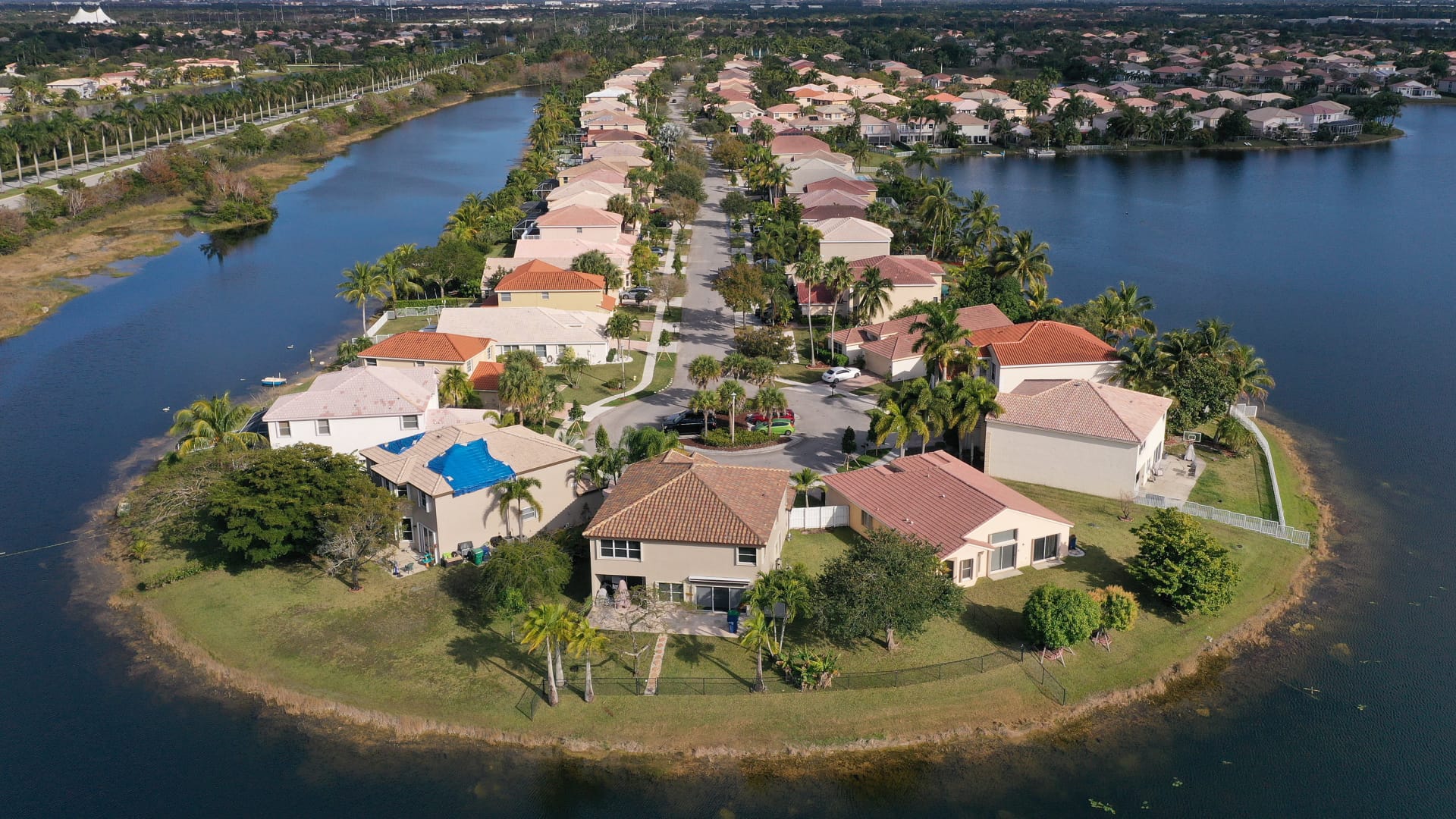 Business
An aerial view from a drone shows homes in a neighborhood on January 26, 2021 in Miramar, Florida. According to two separate indices existing home prices rose to the highest level in 6 years.
Joe Raedle | Getty Images

Home prices declined 0.77% from June to July, the first monthly fall in nearly three years, according to Black Knight, a mortgage software, data and analytics firm.

While the drop may seem small, it is the largest single-month decline in prices since January 2011. It is also the second-worst July performance dating back to 1991, behind the 0.9% decline in July 2010, during the Great Recession.

The sharp and fast rise in mortgage rates this year caused an already pricey housing market to become even less affordable. Home prices rose sharply during the first years of the Covid pandemic because demand was incredibly strong, supply historically weak and mortgage rates set more than a dozen record lows.

Now, housing affordability is at its lowest level in 30 years. It requires 32.7% of the median household income to purchase the average home using a 20% down payment on a 30-year mortgage, according to Black Knight. That is about 13 percentage points more than it did entering the pandemic and significantly more than both the years before and after the Great Recession. The 25-year average is 23.5%.

“We’ve been advising for quite some time that the dynamic between interest rates, housing inventory and home prices was untenable from an affordability perspective, and at some point, something would have to give,” said Andy Walden, vice president of enterprise research and strategy at Black Knight.

“We’re now seeing exactly that, with July’s data providing clear evidence of a significant inflection point in the market,” he added. “Further price corrections are likely on the horizon as we move into what are typically more neutral seasonal months for the housing market.”

Prices historically rise on average 0.4% between June and July, because the market is heavily weighted towards families buying larger, more expensive homes. Families like to move during the summer, when school is out.

Even during the Great Recession home prices typically rose marginally from March through May, due to the seasonality of the market. All the price declines during that era happened in the months from July through February.

Home prices were still 14.3% higher in July compared with July 2021, which is more than three times the historical annual price growth, but the majority of that growth took place over the first five months of 2022, before the big spike in mortgage interest rates.

The average rate on the popular 30-year fixed mortgage began this year right around 3%, according to Mortgage News Daily. It climbed slowly month to month, pulling back slightly in May but then shot more dramatically to just over 6% in June. It is now hovering around 5.75%.