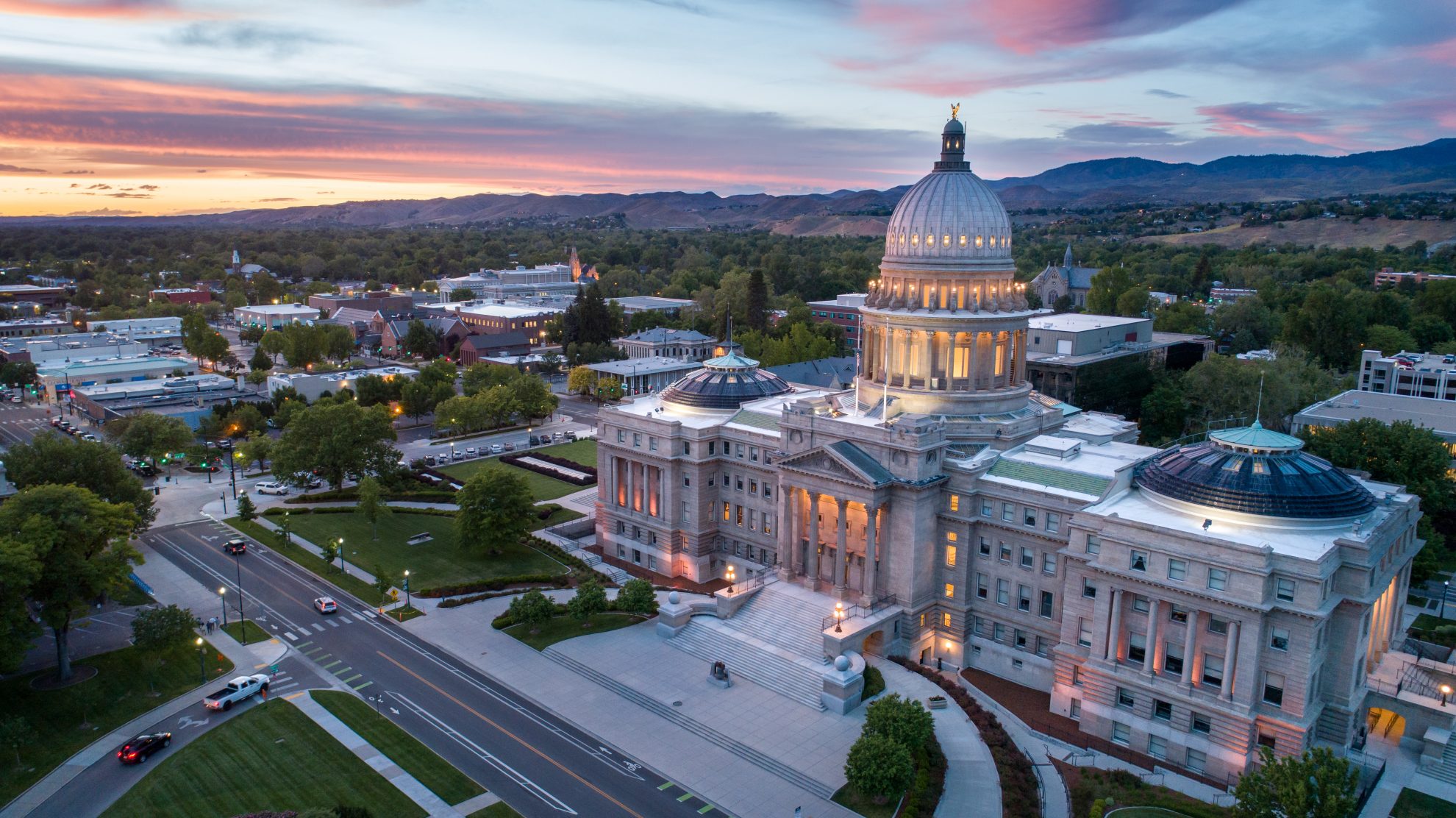 Idaho Governor Brad Little (R) has called a special session for September 1, 2022, to consider another round of tax reform and relief legislation that would return surplus revenue to taxpayers while making the state’s tax code more economically competitive. House Bill 1 would move Idaho to a flat income tax structure, reduce the rate from 6 to 5.8 percent, exclude an additional $2,500 (single filers) or $5,000 (joint filers) from taxation, and issue another round of income tax rebate checks—all while increasing annual funding for education.

If enacted, this will be the third time Idaho policymakers reduced individual and corporate income tax rates since May 2021, further reinforcing Idaho’s standing as a leader in pro-growth tax reform over the past two years. It would also be the third round of rebate checks to be issued in that time.

If the structural reforms included in this legislation had been enacted by July 1, 2021, the snapshot date for this year’s edition of the State Business Tax Climate Index, Idaho would have ranked 15th overall, 13th on individual taxes, and 27th on corporate taxes, improving upon its previous rankings of 17th, 20th, and 29th, respectively.

While the proposed structural reforms are economically beneficial in their own right, the bill’s effective date—January 3, 2023—would ensure these reforms supersede and reverse the effects of a tax increase ballot measure that, if adopted, would take effect on New Year’s Day. Proposition 1, an economically harmful and highly flawed ballot measure set to appear on the statewide ballot in November, would raise the top marginal individual income tax rate to 10.925 percent.

In addition to creating the highest income tax rate between New York and California, Prop. 1, through a series of drafting errors, would increase taxes for nearly all Idahoans by reversing the income tax cuts that took effect earlier this year. It would also inadvertently create a tax cliff, increasing tax liability by more than $1,300 with one additional dollar of income, and expose an increasing number of Idahoans to the 10.925 percent top rate each year due to an inverted inflation adjustment formula that would reduce, rather than increase, the income level at which the top rate kicks in each year.

The following table shows Idaho’s current individual income tax rate schedule for tax year 2022, as well as the rates that would take effect January 3, 2023, under the proposed legislation. Notably, the flat rate would apply to taxable income over $2,500 for single filers and over $5,000 for joint filers, creating an additional exclusion above and beyond the state standard deduction, which matches the federal deduction at $12,950 for single filers and $25,900 for joint filers in tax year 2022.

If Idaho enacts a flat individual income tax this year, it will be the fifth state to do so since June 2021, following Arizona last year and Iowa, Mississippi, and Georgia this year. Currently, nine states already have a flat tax and four others are scheduled to implement flat taxes within the next four years. Since the kick-in for Idaho’s top marginal rate is relatively low, at only $7,939 for single filers and $15,878 for married couples, moving to a flat structure can be done relatively easily, and states in a similar position—like Alabama, Arkansas, Missouri, Montana, Oklahoma, South Carolina, and Virginia—could benefit from similar reforms.

From an economic growth standpoint, flat taxes are superior to graduated-rate taxes because graduated-rate structures—especially those with high top marginal rates as proposed in Prop. 1—disincentivize additional labor and investment on the margin, hindering job growth, wage growth, and overall economic growth.

Currently, Idaho is experiencing high levels of revenue growth, bringing in a record surplus of nearly $1.4 billion in FY 2022 despite the income tax rate reductions that took effect in both 2021 and 2022. Idaho is also one of the leading states for both population growth and GDP growth. Between 2019 and 2020 alone, Idaho saw a net gain of close to 37,000 residents from other states, with those new residents generating a net gain of $2 billion in adjusted gross income (AGI). According to IRS data, nearly three out of 10 of those new residents moved to Idaho from high-tax California.

Population estimates from the U.S. Census Bureau show Idaho’s rate of growth increased even more between 2020 and 2021, with the state experiencing a net gain of 53,000 new residents, growing the state’s total population by 2.9 percent. The state’s economy has also seen strong growth, with Idaho experiencing the third-highest level of state GDP growth over the past five years.

Whereas a 10.925 percent top marginal rate would drive away talent and discourage investment and job creation, a flat income tax at a lower rate would make the state even more attractive to individuals and businesses, generating additional economic growth.

This legislation would also trim the already flat corporate income tax rate, bringing it from 6 percent to 5.8. While this is a modest year-over-year improvement, it is a significant improvement from the 6.925 percent rate in effect as recently as 2020.

In addition to these permanent income tax rate reductions totaling approximately $150 million annually, the legislation proposes an additional individual income tax rebate of approximately 10 percent of a taxpayer’s 2020 Idaho income tax liability or $300 per single filer and $600 per joint return, whichever amount is greater. This rebate will be available to full-year Idaho residents who filed an Idaho income tax return or grocery credit refund form for both tax year 2020 and tax year 2021. The bill appropriates a total of up to $500 million for these rebates.

While Idaho is using some of its revenue growth for tax reform and relief, the legislation would also dedicate $410 million in additional funding for public education and career training programs, with that amount set to increase by 3 percent each year, generated from state sales tax collections.

Even with these tax cuts and new funding investments, some revenue will be left over. Policymakers are constrained in what they can accomplish during a brief special session and cannot reduce the income tax rates below 5.8 percent at this time, but many believe that given the state’s sustained revenue growth, a lower rate may be warranted. If legislators are uncertain about further changes by the 2023 session but want to preserve their options, they could dedicate some of the leftover revenue to a tax relief fund for additional rate reductions at a later date.

As Idaho attempts to further solidify its position as a growth-oriented, taxpayer-friendly state this special session, other states should look to its example and pursue similar reforms.

Here’s how many people will get student loan forgiveness in each state
HSBC warns investors to avoid European stocks
New retirees may face surcharges for Medicare premiums. Here’s how to appeal paying extra if your income has dropped
Olive Garden sales fall short, but parent company Darden stands by outlook
Lauren Taylor Wolfe says it’s just too risky for investors to ignore ESG amid recent pushback