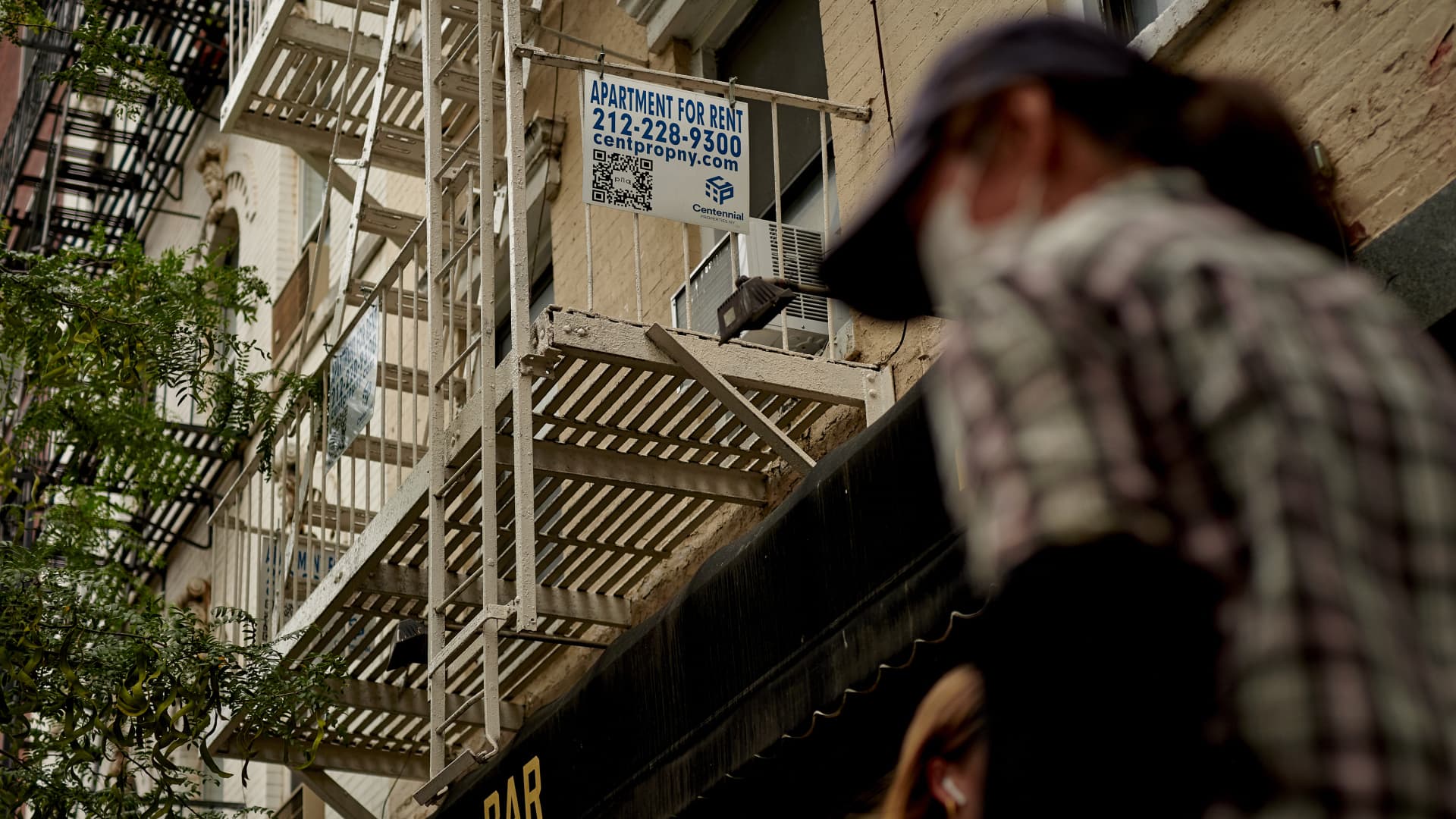 Wealth
An “Apartments For Rent” sign outside a building in the East Village neighborhood of New York, U.S.
Gabby Jones | Bloomberg | Getty Images

Manhattan rents rose 2% in November, dashing hopes that prices would cool and forcing many renters to give up their leases or downsize, according to brokers.

The median rent for a Manhattan apartment in November hit $4,033, up from $3,964 in October, according to a report from Douglas Elliman and Miller Samuel. The average rent, which is often skewed by luxury sales, fell slightly for the month but is still up 19% over last year, hitting $5,249 in November.

The increases continue to defy predictions that New York’s sky high rents would fall after the summer and give renters some relief after rents hit all-time records. While rents are easing in many parts of the country, New York’s rents remain stubbornly high and the number of unrented or empty apartments remains low.

“Rents are not coming down as quickly as many would hope,” said Jonathan Miller, CEO of Miller Samuel.

The rise in New York rents also adds pressure to overall inflation, since rents are a large component of inflation indexes and New York is the nation’s largest rental market.

Manhattan rents are so high that many tenants have started to balk at the prices — either moving out of the city or finding smaller, less expensive rentals. The number of new leases signed in November plunged 39% over October, marking the biggest decline since the start of the pandemic in 2020, according to Miller.

Brokers and real-estate experts say landlords over-reached when they started renewing the leases signed in 2020 and 2021, often demanding rent increases of 20% or more. With landlords typically requiring renters to have annual income of 40 times the monthly rent, the rising median rents have stretched many tenants to the breaking point.

“There is some gridlock,” said Bess Freedman, CEO of Brown Harris Stevens. “In 2021, rents took off like a rocket and now tenants are stuck. People aren’t going to sign new leases at these prices, they’re just too expensive. Landlords need to start getting more reasonable.”

Freedman said one of her friends faced a rent increase of 30% with a recent lease renewal. “She felt like she was being gouged,” Freedman said.

Vacancy rates remain low, putting little pressure on landlords to lower rents anytime soon. The vacancy rate in November was 2.4% — still below the historical norm in Manhattan of about 3%, according to Miller Samuel.

There are some early signs that landlords may start capitulating in 2023. The number of landlord concessions — which may include a month of free rent and other deals — rose to 16% in November from 13% in October. Real-estate experts say the big drop in new leases, if it continues, will eventually force landlords to meet renters at a lower price point.

Joshua Young, executive vice president and managing director of sales and leasing at Brown Harris Stevens, said landlords were overly bullish expecting rent increases of 20% or more, and many are now starting to lower prices or adding more concessions to keep their apartments filled.

“A lot of landlords are getting stuck with inventory so and they’re not getting their increases, so they’re reducing price,” he said.