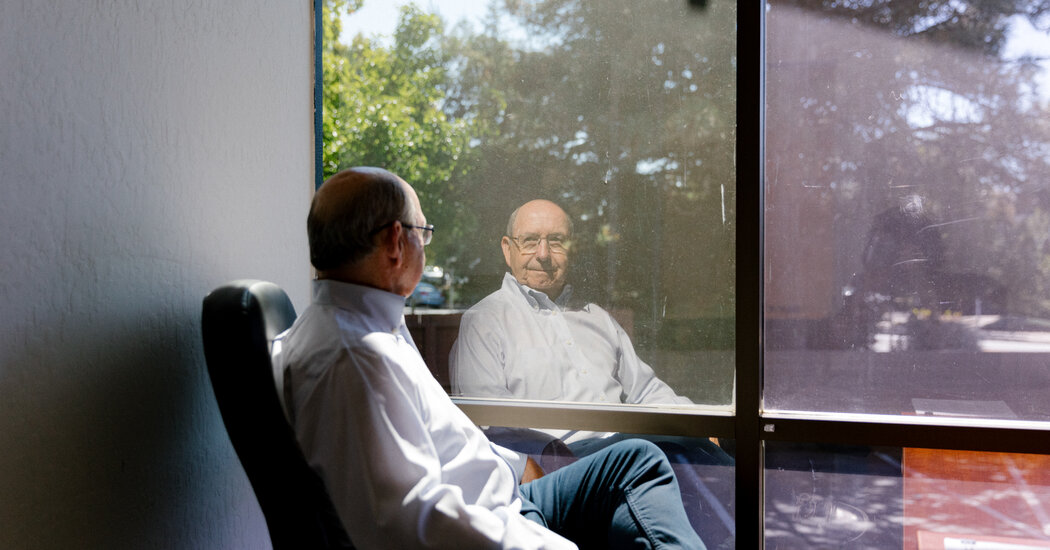 Collecting the retiree benefit while earning income gets complicated. Here are some key things to remember.

After a long career in marketing for an engineering firm, Jim Keller retired at 63. It wasn’t an abrupt halt — he had the opportunity to phase out of full-time work, and took some consulting gigs.

Yet a little more than a year later, in 2017, Mr. Keller said, he felt restless. Several months of playing golf and completing projects around his house in Napa, Calif., hadn’t been satisfying. So he decided to study for a real estate license and went back to work.

But that second transition came with a big concern: how Mr. Keller, now 69, would manage his earned income without horribly disrupting his Social Security benefits.

Working with Kelly Crane, a certified financial planner with the Wealth Enhancement Group, Mr. Keller learned that he could bolster his retirement savings while working and deferring withdrawals from his 401(k). Exploring scenarios with various incomes and expenses, Mr. Crane showed Mr. Keller how he could maintain his lifestyle and still maximize Social Security benefits.

Since he enjoys his work, Mr. Keller said, he may not “re-retire” until 72, the age when he will be required to take minimum withdrawals from his 401(k). His wife, Renee, is 65 and retired.

“I have no plan to take a total retirement,” he said. “We’re taking it year by year.”

The reasons for un-retiring are myriad — an unusually large cost-of-living raise for Social Security won’t completely hedge against high inflation; some people realized they hadn’t saved enough; and others found that retirement wasn’t keeping them engaged.

Americans in their seventh decade are making up a slightly larger part of the work force, studies show. In January 2020, about 37 percent of Americans ages 62 to 70 were employed, according to research by Alicia Munnell, director of the Center for Retirement Research at Boston College. By April 2020, that percentage had fallen to 30, but it bounced back to 36 by August this year. The uptick was attributed to people returning to work.

Many Americans who have claimed Social Security find that working triggers some complex decision-making that involves a nuanced look at that benefit and Medicare and some short-term financial planning.

If you work while taking benefits but before you reach what is known as full retirement age, or F.R.A., your benefits will be reduced. What is F.R.A.? It is generally 66 or 67, but depends on your birth year. The Social Security Administration calculates that reduction based on an earnings test. The good news: The benefits you lose while working aren’t withheld forever.

Working will generally cut your payment for earnings above a threshold set by Social Security. In 2022, that threshold is $19,560.

More on Social Security and Retirement

Social Security’s rules about calculating the withheld benefits are complex. One way to look at it: If you reach your F.R.A. in 2023, but work all of 2022, your benefits this year will be reduced by $1 for every $2 you earn over the limit. And if you keep working into 2023, they will be reduced $1 for every $3 until the month you hit F.R.A.

“If you started working again before your full retirement age, be careful,” said Cassandra Kirby, a certified financial planner with Braun-Bostich & Associates in Canonsburg, Pa.

There are two ways to avoid this problem in retirement: Either stop working entirely, or tell the Social Security Administration that you want a suspension, or “withdrawal,” of your benefits, which will stop payments.

Timing is important, Ms. Kirby said. People who are not at F.R.A. have a one-year window after first taking benefits to suspend them. Once you reach F.R.A., your monthly benefit will be increased permanently to account for the months in which benefits were withheld, according to Social Security’s rules.

If you miss that window, you must wait until you reach full retirement age (and before you turn 70) to suspend. What’s more: You can suspend benefits just once in your lifetime.

If you can afford it, waiting to take Social Security is often an option that works best. About 11 years ago, Barbara Brownell Grogan of Charlottesville, Va., decided at 57 to retire as a book editor for National Geographic and start a publishing consulting business. She took Social Security only two years ago, when she reached full retirement age, to avoid the benefit cut.

She said she might hold off on “complete retirement” until 70, the age at which everyone who waits can earn a substantially higher benefit. Ms. Grogan’s husband, Daniel, also waited, until he was 66, to avoid a reduction in benefits. Although he has retired from his job as a photographer, he manages some real estate he owns in Charlottesville.

Although she relished her 27 years at National Geographic, “I’m doing what I love,” Ms. Grogan said. Part of the reason she retired the first time was to care for her husband during an illness.

Ms. Grogan’s nephew Sam Brownell, a chartered financial analyst with Stratus Wealth Advisors in Kensington, Md., walked her through a number of software-driven cash-flow scenarios involving Social Security. They projected that she might live into her mid-90s. Part of their discussions involved a lump sum she took from her 401(k) plan. She was not penalized by Social Security or taxed on the withdrawal because she rolled it over into an individual retirement account.

With Social Security benefits, the key factors in maximizing your benefits are how much you earned during your working years and at what age you take benefits. The highest possible basic individual monthly retirement payment is for those who wait until 70. In the case of married couples, spouses can file starting at 62 and may receive as much as half of their partner’s primary benefit.

Spouses can also apply when they are older to qualify for higher payments at their own full retirement age or file on their own earnings record, which may net an even higher benefit. In any case, it’s wise to run several maximization scenarios that will crunch the numbers quickly with off-the-shelf software or with a certified financial planner.

The effect of earnings on Medicare

Getting back into the work force may bring another surprise: Premiums for Medicare Parts B and D could increase if you earn significantly more money.

Premiums for Part B, which covers doctors’ visits and outpatient services, are deducted from your Social Security payments; Part D covers prescription drugs. Most Medicare enrollees pay what is called the standard premium for Part B; in 2023, that amount will be $164.90 a month, a decrease from $170.10 in 2022. The average basic Part D premium for 2023 is projected to be $31.50, a slight decrease from 2022.

For those who pay more than the standard premium, Medicare has a complicated means-testing process to determine their outlay.

If you earn income above a certain level, you may be subject to the Medicare IRMAA, or income-related monthly adjustment amount — a surcharge on your Part B and Part D premiums. You will know if you’re over the limit when you get a notice from the Social Security Administration, but you can still plan ahead.

The reasoning behind the differences is that high-earning seniors can afford to pay more, and for them, the elevated premiums are probably not a game changer. But most people should be mindful of any additional income that may throw them into the higher premium ranges.

Medicare will also look at income bump-ups that come from a variety of sources, such as the sale of a business or investment profits.

“Large capital gains may throw you into the high-income range,” Ms. Kirby said. When evaluating your income, she added, Social Security can look back two years to calculate any premium surcharges.

Let’s say your short-range plan has morphed into a longer one that includes working for a few more years. Among the factors to consider: Do you want to travel? How is your health? Do you plan to relocate? If you’re coming up short on financing your post-postretirement plan, you may have to figure out how you will continue to save.

For some people, planning for money to last even into a 10th decade makes sense. Ms. Kirby advises that people do a “stress test” using various ages for final retirement that takes into account their lifestyle goals, life expectancy, tax bracket and investment strategy.

“If you’re single and expect a shorter life expectancy,” she said, “then I would collect benefits as soon as possible. Those who are looking at a longer life expectancy can afford to wait.”

For those who need to save more until they re-retire, a Roth I.R.A. is a worthy consideration, if your income qualifies you. While contributions are taxed, withdrawals are not, if you leave the money in the account for at least five years.

For those who are self-employed, a SEP I.R.A. can be a good choice, Mr. Crane said. Although you may be hit with the Social Security reduction if you’re drawing benefits while working, the money you sock away (combined with investment returns) into a defined-contribution plan, and the tax break for doing so, may offset the Social Security hit before full retirement age.

You may be surprised when you remodel your retirement: Bolstered by a more robust savings cushion and higher level of cognition and social activity from working, your re-retirement may even be better than your original one.