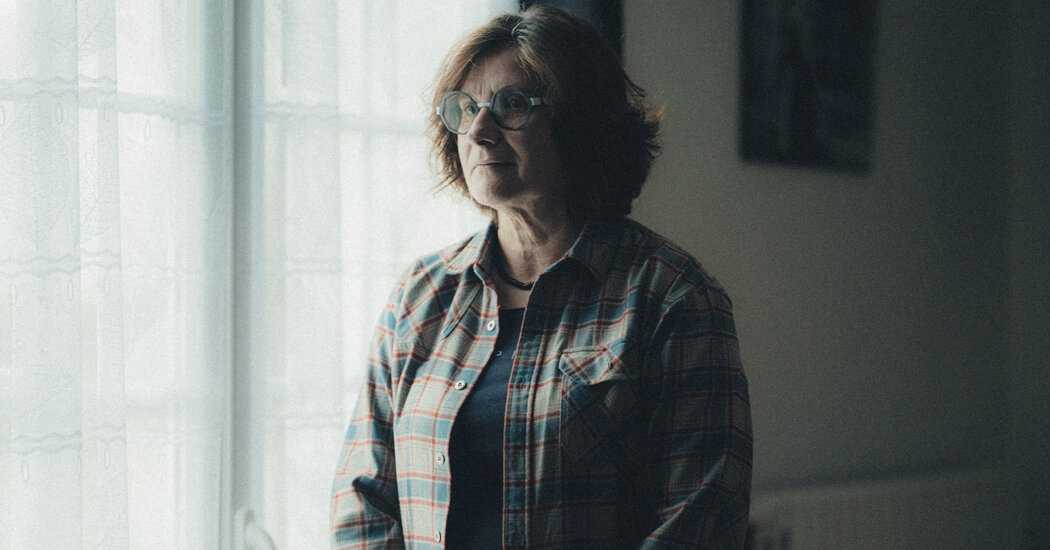 A measure to raise the retirement age to 64 from 62 is expected to expose more people to age discrimination: “Companies in France won’t hire them.”

During her 38-year career as a sales and marketing manager, Christine Jagueneau rarely thought about retirement. But when her job at a French industrial company was eliminated just before her 59th birthday last February, the idea of tapping her pension took on unexpected urgency.

Despite nearly a dozen job interviews, she said, employers have suggested that she’s too old to be hired. She has just enough savings to coast to France’s current retirement age of 62. But a government plan unveiled last week that would make the French work longer, to age 64, risks undermining her financial security, along with that of millions of older job seekers who have been effectively shut out of France’s labor market.

“We’re being told to work more,” said Ms. Jagueneau, who is eager to work and feels dismayed to be collecting unemployment for the first time in her life. “But it’s almost impossible for older people to get jobs, because companies in France won’t hire them.”

As President Emmanuel Macron embarks on an overhaul of France’s expensive and generous pension system in order to preserve its finances, the notion of forcing people to delay their retirement has incited outrage. Polls show that four out of five people oppose raising that threshold, and the country is bracing for raucous nationwide strikes starting this week, as labor unions and workers of all stripes protest efforts to change a cherished totem that has long been viewed as a political third rail by the French.

“Retirement is considered sacred,” said Luc Rouban, a senior research fellow at the Center for Political Research at SciencesPo in Paris. “For many, it’s like reaching paradise.”

But the clash has also thrown an uncomfortable spotlight on one of the biggest under-the-radar problems in France: the often-taboo subject of age discrimination in a country where millions of older job seekers want to work, but find themselves shut out of the labor market before they reach the official retirement age.

In recent surveys by Indeed France, the country’s biggest online jobs board, a quarter of job applicants over 55 reported that employers had told them they were too old to qualify. Four out of 10 employers surveyed by Indeed said they didn’t intend to recruit anyone older than 45. And a quarter of companies acknowledged they would hire a younger person at a lower salary over an older candidate.

“Despite valuable experience, older workers often find themselves shunned by recruiters, who have certain preconceptions about age,” said Charles Chantala, a senior director at Indeed. Those include concerns about health and stamina, salary demands commensurate with experience, training in the latest technologies and the idea that people closer to retirement might stick around for only a few years.

It’s a long-recognized problem. Although discrimination based on age is illegal in France, France was called out for age discrimination in a 2014 study by the Organization for Economic Cooperation and Development, which said “negative perceptions of older people in the workplace” discouraged French employers from recruiting workers over 55.

France’s employment levels show a steep drop in the number of older people holding jobs. Just over half of French people between 55 and 64 are employed, one of the lowest levels in Europe, according to Eurostat. By age 60, fewer than a third are working — a little less than half the rate found in Germany and in the Nordic countries.

Given France’s track record, labor unions — including ones that have been more open to some of Mr. Macron’s past reforms — have warned that lifting the retirement age will simply create a bigger pool of jobless older people.

“Half of seniors aren’t even employed anymore by the current retirement age of 62,” Laurent Berger, the head of the moderate French Democratic Confederation of Labor, told French radio. “First and foremost, we need to work on keeping them in work.”

Ms. Jagueneau has witnessed that problem during her yearlong job search. Over a nearly four-decade career, she climbed to senior management roles in sales and marketing in the French plastics industry.

When her job at a French company in the Indre region of central France was cut last February, she wasn’t worried — at first. “I’d never been on unemployment, and I didn’t want to be: I’m a fighter,” she said. “I thought I’d find work easily given my skills and experience.”

Ms. Jagueneau applied for more than 70 vacancies, many of them listed on online employment boards that require applicants to type in their age before submitting their application or résumé. She lowered her salary expectations and took a training course to update her digital marketing skills.

But in job interviews, she said, none of that seemed to matter once her age came up. “As soon as I started talking with recruiters, I was told, ‘Understand, madame: At 59 you’ll only be working for a few years,’” she recalled. “Employers either put my C.V. to the side, or nicely but firmly closed the door in my face.”

Such experiences aren’t unusual for people in France over the age of 55, said Mr. Rouban, of SciencesPo. “It’s not like the United States, where it’s easier to find work even when you’re older,” he said. “In France, you’re considered more rejectable, not as profitable or productive and certainly more expensive than younger people. So a lot of older wage earners are quite afraid of this reform.”

Ms. Jagueneau is trying to overcome obstacles. She recently created her own start-up to advise entrepreneurs on how to market and sell products effectively. But with four out of 10 start-ups failing in France, she’s worried about what will happen if hers buckles. Because she’s older than 55, her jobless benefits in France’s generous unemployment system can last up to three years. But they’ll run out before she could access her pension as Mr. Macron’s higher retirement threshold is phased in. After that, minimum French welfare payments would kick in.

But welfare isn’t what she wants. “Telling people to work longer without dealing with the real subject of the employability of seniors is hypocritical,” Ms. Jagueneau said. “I’m worried that we’re seeing the rupture of the French social contract,” she added.

President Macron’s government has insisted that raising the retirement age would help keep older people in the work force. After France’s retirement age was last raised in 2010, to 62 from 60 (which was then the lowest in Europe), millions of seniors stayed in the labor market longer, according to a French Treasury study.

But the shift also enlarged the pool of seniors who became unemployed and economically inactive for reasons related to health or disability. And those over 55 were half as likely to find new employment as younger and middle-aged workers, the study showed.

To blunt resistance to the pension overhaul, Prime Minister Élisabeth Borne last week unveiled measures that she said would make things fairer, including a roughly 100 euro increase in the minimum monthly pension, to €1,200 (about $1,300), and exemptions for those who start working at younger ages in arduous blue-collar jobs to retire earlier.

To help older workers stay employed longer, the government would require companies to set up a publicly disclosed “index” of their rates of senior employment, and provide information on access to training for those over 55. Ms. Borne estimated that four out of 10 seniors would still be able to retire before 64 under the new reforms.

But without a serious change in employer attitudes, those measures may be just a bandage on a bigger problem, said Patrick Artus, senior economist at the French bank Natixis and an adviser to Mr. Macron’s government.

“We have a very big dilemma in France, which is the absence of companies’ willingness to keep older employees,” Mr. Artus said. “If the outcome of this reform is only to have an increase in seniors on unemployment because companies still won’t hire, then the reform will be a failure.”